Nestled in the heart of the Louisville, KY Highlands neighborhood is the Dartmouth Willow Terrace.

If you are looking for a home rich with history, steps from entertainment, shopping, and the best restaurants in the area, then you should visit The Dartmouth Willow Terrace today. 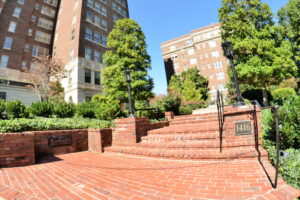 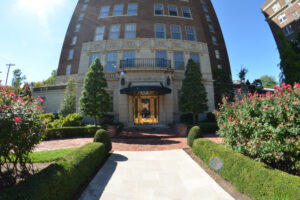 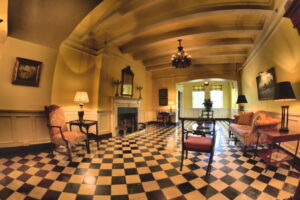 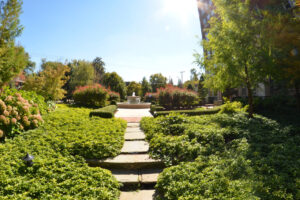 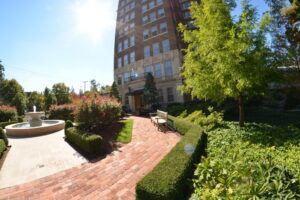 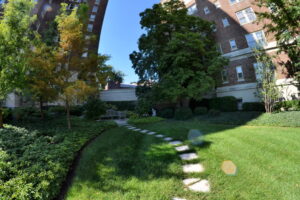 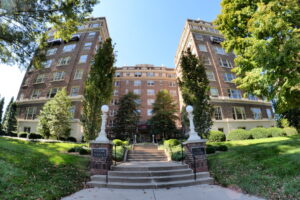 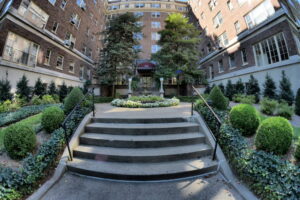 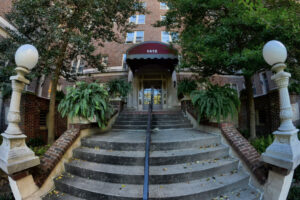 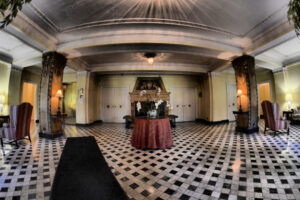 HISTORY OF THE BUILDINGS

Five years later, in 1927, the Dartmouth was built on the corner of Willow and Baringer Avenues at 1416 Willow, also on plans by Joseph and Joseph. There are twenty apartments in that building, each with eight rooms. The construction cost for the building in 1928 was $450,000.

The Matz Realty Company, founded by Sam Matz, purchased the Willow Terrace in 1924 for $712,000 and later acquired the Dartmouth. In May of 1941 the properties were taken over by Fidelity & Columbia Trust Company. A story in The Louisville Times dated May 23, 1941, said that William Brown, formerly of The Mayflower Apartments, on West Ormsby in Louisville, would manage the complex.

Later, John Rankin became the sole owner. Through the years careful maintenance helped to retain the original character and charm of the properties. In the early years of the building, a beauty shop for residents and the public in the Willow Terrace had a brisk business. The series of small rooms in the Willow Terrace basement were living quarters for servants. Eventually those were turned into storage rooms. Small rooms in the Dartmouth and in some of the two-bedroom apartments of the Willow Terrace were designed as rooms for maids and butlers. A cedar-lined vault on the ground floor of the Dartmouth was designed to hold furs. Dining rooms in both buildings had foot pedals which the host or hostess could press to request service from the kitchen.

During these years, the lobby of the Willow Terrace took on a more contemporary look. The fireplace was painted a neutral color like the walls, and mirrors covered the art deco finish of the two pillars. A large Oriental rug once covered the center of the marble floor and a grandfather clock stood watch. Red and 2 gold carpeting stretched the length of the terrazzo corridors of the Willow Terrace. Large murals of a sylvan scene filled the French panels opposite the elevator doors to each floor. Two years after the death of John Rankin, his widow sold the property to Brown Noltemeyer who in turn sold it to Roger Davis. To satisfy fire regulations at the time, stairwells were enclosed and smoke detectors were installed. Removal of the mirrors around the pillars revealed the untouched art deco finish. The fireplace was restored to match the pillars. The statuary on the grounds remained but the fountains in front of both buildings became colorful flowerbeds. Large oak trees were planted along Willow Avenue. The hemlocks between the buildings continue to flourish. The grassy lawn was once an English rose garden.

A group of Knoxville, Tennessee, investors purchased the property in 1980, and employed the Paul Semonin Company to convert the apartments into condominiums. During an interim period the Federal Deposit Insurance Cooperation took over the buildings which later passed into the hands of the co-owners on October 1, 1983. Members of the first Board of Administration were Allen Buchanan, president; Ann Mitchell, secretary-treasurer; and Kaye Bowles, Ben Small and Keith Eiken. Today, a seven member Board of Administration continues to provide direction for the condominium association.

In late 2004, a group of Dartmouth residents, led by Larry & Judy Franklin, asked the Landscape Committee to consider their proposal for a new fountain, revised landscaping and additional lighting for the grounds of the Dartmouth. The plan included an irrigation system for both properties. The Board accepted the plan on October 17, 2004, for completion in early 2005.

The Dartmouth-Willow Terrace is located in the Eighth District of Metro Louisville. It is also located in the neighborhood known as Cherokee Triangle. Cherokee Road and Grinstead Avenue bound the neighborhood, one of 69 in Louisville, on the north and east, on the west by Bardstown Road, and on the south by Eastern Parkway. Adjoining neighborhoods are Bonnycastle, Tyler Park, Deer Park and the 3 Original Highlands.

The Cherokee Triangle has a strong neighborhood association. In April it sponsors the Cherokee Triangle Art Fair along the Cherokee Parkway next to Willow Park. The two-day weekend fair features a selection of fine arts and crafts booths, food and entertainment. The money raised is used to help maintain Willow Park and other neighborhood projects. In the summer and fall, they usually sponsor free musical entertainment in Willow Park. For more information about joining the association, contact the office for a name and number.

Our buildings are next to the condominium known as 1400 Willow, and one block away from Cherokee Park. The park is one of 16 in Louisville designed by Fredrick Law Olmstead, the architect who designed Central Park in New York City. His plans called for parks to be connected by a road system. Cherokee Park’s roadway is Eastern Parkway, and all right of way on the street is dedicated parkland.

Cherokee Park was once partially farmland from the Bonnycastle estate and undeveloped wooded lands. Plans for the park system were drawn up in the 1890’s, and were known for its large trees that line Eastern Parkway leading visitors into and through the park. In April of 1974, a tornado toppled many of the large trees near the entrance to the park from Eastern Parkway and in the area near that entrance. A group called the Friends of Olmstead, formed in 1986, helps preserve the beauty and history of the parks.